Tattoos: Find out where it hurts the most

Tattoos: Find out where it hurts the most

Tattoos and piercings are not a new trend in the world per se, but people still think of these ideas as a novelty. The centuries-old belief of criminals and people with ‘loose’ characters sporting tattoos or rings is still prevalent in the older generations but has been totally revamped among the youth. You can see at least half the students in a college having either a tattoo or a piercing in India. This is because this is when teenagers find out their true identities and roles in society, and what better way there is to express it to the public than getting a wrist tattoo or a conch piercing.

The concept of tattoos has been around for millenniums; the first example of this art is on Ötzi the Iceman's mummified body, who is said to have tattoos relative to the acupuncture points on the body linked to arthritis and other diseases. In India, this art was not brought along by westernization. Instead, it has always been here, as seen among the numerous tribes in the country. Indian tattoos were made to save the people from evil and darkness, which was a danger in many societies.

These two concepts of bodily self-expression are on many people’s bucket lists, but some don’t follow it due to the fear of pain and infections. The pain experienced can be subjective for many; hence one person’s excruciating pain during a wrist tattoo can be just a continuous pricking sensation for someone else. Regardless, some areas are painful for everyone due to the abundance of nerve endings, less fat and muscles to cushion the tattoo needle, and subjective pain felt by men and women.

Take a look at this chart of the most painful places to get a tattoo on your body in order:

This area is susceptible to pain because of the multiple nerves found in this area, and hence is high on the list of ‘ranked: the most painful places to get a tattoo on your body.’ The continual buzzing of the needle on your skull would also be irritating and painful for many; hence head tattoos aren’t recommended for anyone other than those who have significant experience in getting tattooed and have very little space left on the rest of the body for tattoos. Considering the amount of pain faced (pun intended) by those who have got such tattoos and the overall feeling of ‘head tattoos are taboo,’ such tattoos are not a popular choice for many. Even tattoo artists would suggest you not to get these if you’re a novice tattoo-lover.

The neck's front is more painful for getting a tattoo than the neck's sides and back. This is because of the many nerves that run through this part and the thin layer of skin that separates the tattoo needle's cartilage.

The healing of these tattoos would also take a long, as this area will experience a lot of friction from clothes or while sleeping. If you don’t take proper care of keeping this area clean, it could get infected, increasing the amount of pain you’ll feel.

The arm parts that suffer less discomfort while getting a tattoo are the shoulders, biceps, and forearms. These areas have a lot of muscle and fat and fewer nerve endings and are thus some of the most popular sites to get inked. 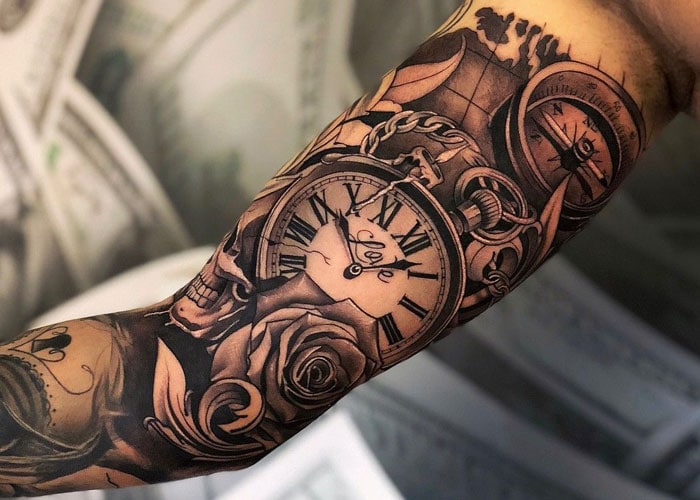 On the other hand, some of the parts which feel a lot of pain while getting a tattoo are the armpits, elbows, and hands. The armpits are one of the most sensitive parts of the body and thus the most painful place to get a tattoo on your body. The sweat glands and neighboring lymph nodes will get super irritated during the procedure. Two of the three primary nerves in the arm pass through the elbow; hence the person will feel excruciating pain during elbow tattoos. Hand and finger tattoos are also not recommended because of the thin skin in that area combined with the fact that these parts experience the most wear and tear and the high amounts of friction because touching various objects will considerably reduce the speed of healing.

This area has varying amounts of pain felt by the person, which also depends on if the person is biologically a man or a woman. Women typically have a lot of padding in the chest area than men, which will lower the pain during the tattoo process. The stomach is also a place that would hurt less as everyone has at least a bit of fat in this area. Although, if you sleep on your stomach, it will cause some discomfort while healing. 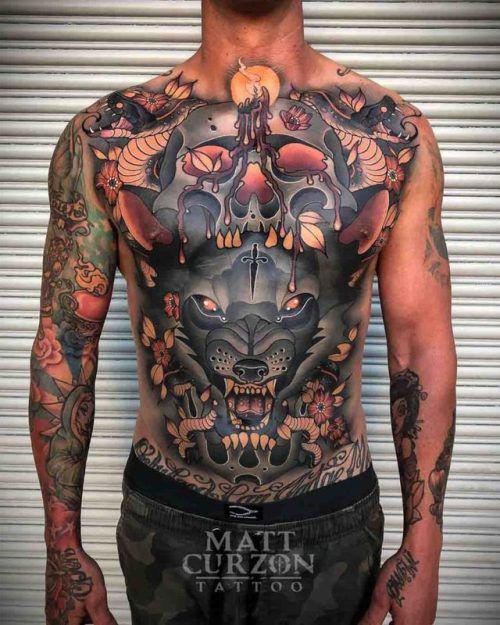 For both the sexes, the collarbone, rib cage, and sternum areas will be some of the most painful places to get a tattoo, as the skin is thinner and always in contact with clothes. Hence, you should get a tattoo in these areas only if you’re planning to stay at home for the next week or so or have the option to wear the bare necessities during the healing process.

This also has areas of varying pain levels, like the torso. The upper and lower parts of the back will have relatively less discomfort as compared to the spine. The spine has the highest number of nerve endings, which means that it would be one of the most painful areas on the body for a tattoo. 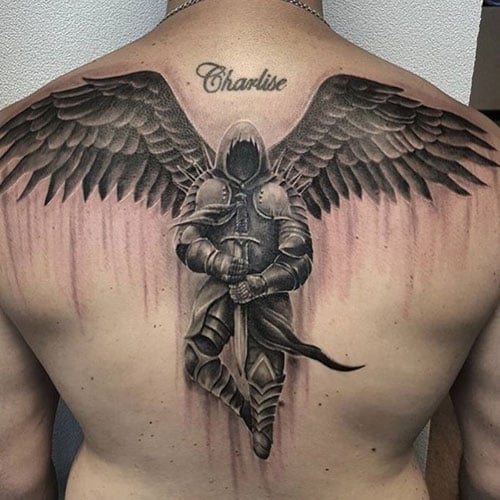 The back is a famous area for being a canvas for your tattoo; hence if you really want a back tattoo and yet are sensitive to pain, you can ask your tattoo artist to place the design a bit to the side.

The hip and the legs' upper parts will be some of the most painful to get a tattoo. The groin area will be the most painful, as it is one of the most sensitive areas on the body. The butt will not be as sore, as it has many fat and muscles for padding, but these areas will experience a lot of discomfort due to underwear. Thus, plan on going commando or wearing clean cotton clothes if you’re planning on getting a tattoo in these areas. 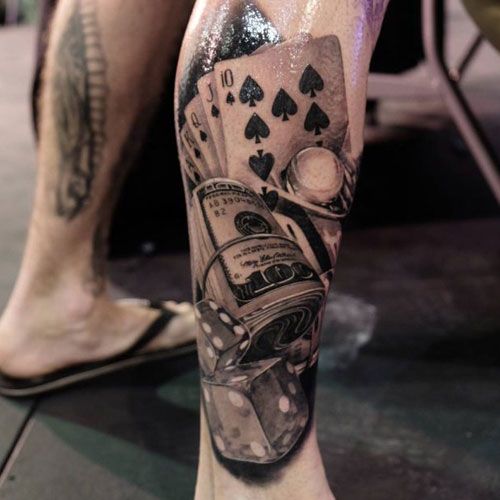 The thighs are also relatively less sensitive to pain than the calves, ankles, and feet. The fat in the thigh area will prove to be good padding to the pricking of the needle.

As we mentioned earlier, everyone's pain is subjective; hence, not everyone will agree with the pain scale discussed above. The amount of pain felt will change according to sex, previous tattoo experiences, age, and weight.

These infections could be caused by unsanitary tools, too; hence you should find a place that does these procedures while keeping the best sanitary and hygienic standards. At Aliens Tattoos, we use world-class equipment and specially trained artists who create unique tattoos. We will take all the precautions to guide you through this process before, during, and after the procedure, be assured! Read this blog to find out how to take care of your tattoo as well as possible!

This is a subjective question, as if you have a skin of steel, it will not affect you. On the other hand, if you have low pain tolerance, you might want to talk with the artist to take little breaks when the pain gets too much for you. The pain will subside after a few hours after the process is finished. Numbing creams and painkillers are not recommended, as it might thin the blood and affect the quality of the finished tattoo. Numbing cream does not last all day, and once the cream wears off, the pain can hit with a vengeance as your body has not had time to become used to the tattooing. Some creams can also affect the skin, meaning your artist has to work the skin harder than if you were not wearing it. This can lead to a harder heal.

Can I drink alcohol to help with the pain?

Definitely not, for almost all tattoo artists will refuse to go through the process if this happens. This is for many reasons, including that alcohol can thin the blood and result in excessive bleeding while you are having the tattoo, making it difficult for the tattoo artist and will affect ‘washing out’ ink as it is being put in. Alcohol can affect the body for quite a few days; hence it is not recommended to have a tattoo even if you had had a drink the night before but not consumed alcohol the day before.

and receive new ads in inbox